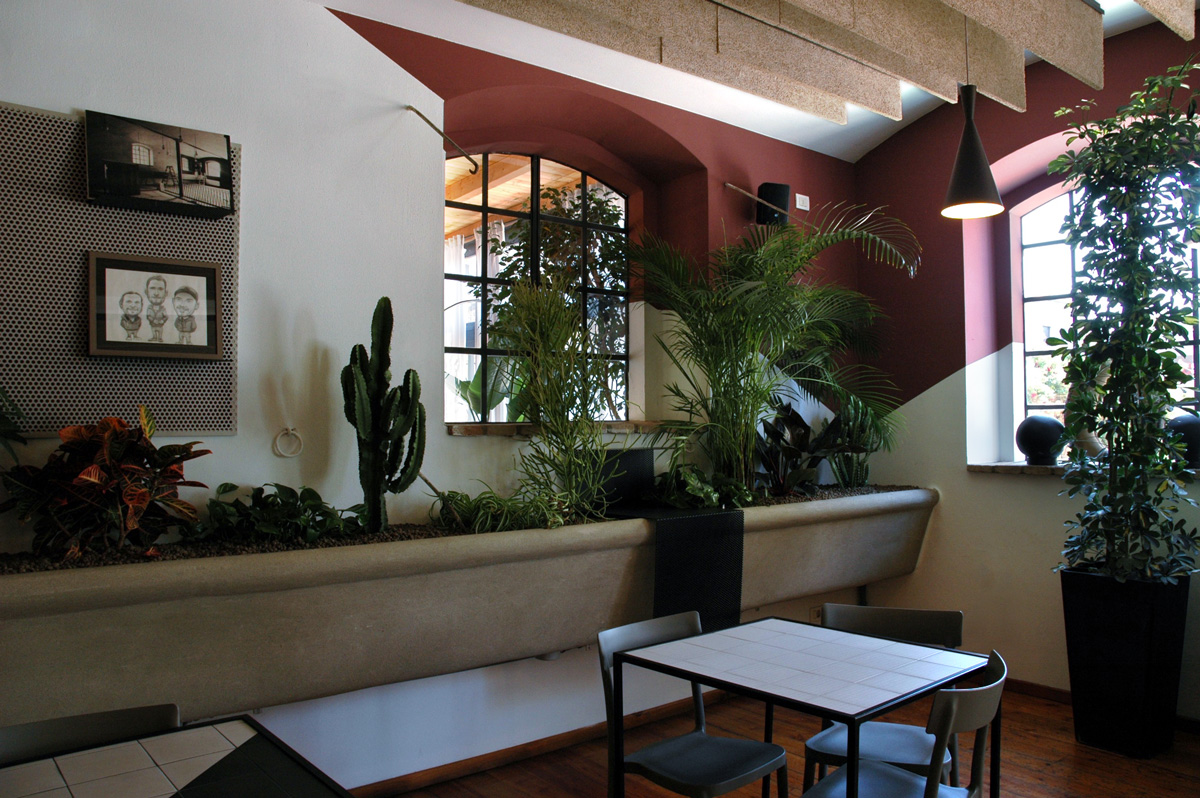 Baciccia: a place for everybody

When they called us to “recreate” Baciccia, we immediately realized that it would be a beautiful and complex project. The restaurant, inaugurated in the early 2000s, has always been an important reference point for the city of Piacenza. Housed inside what was once a cattle shed, it had been the subject of careful and meticulous restructuring, but the natural changes that had been made over the years had created a stratification that had dulled the strength of the initial concept.

We did a massive redefinition of the garden, studying new paths and designing large tables that housed big planters inside of them. We created a new outdoor bar with an iron and glass structure, and we fully renovated the veranda, turning it into a greenhouse full of wonderful plants and vintage furniture.

On the inside we redefined the colors, changed the lighting and transformed the old manger into a large flower box to house plants and cacti, creating a very suggestive setting.

This website uses cookies to improve your experience while you navigate through the website. Out of these, the cookies that are categorized as necessary are stored on your browser as they are essential for the working of basic functionalities of the website. We also use third-party cookies that help us analyze and understand how you use this website. These cookies will be stored in your browser only with your consent. You also have the option to opt-out of these cookies. But opting out of some of these cookies may affect your browsing experience.
Necessary Always Enabled

Any cookies that may not be particularly necessary for the website to function and is used specifically to collect user personal data via analytics, ads, other embedded contents are termed as non-necessary cookies. It is mandatory to procure user consent prior to running these cookies on your website.